Corporal Edwin J. Barden (Ned) wrote letters to his girl Sara (and later his wife) while assigned to General Grant's headquarters from 1861-1865.

As a soldier in the 7th Connecticut Infantry Regiment, he documented Union army and navy battles, weapons, travels, and movements. These letters provide an up-close soldier's view of life on the front lines, and include officer assessments, horrid weather, transient housing, poor food, hung deserters, and valiant "colored" forces fighting battles in Texas long after Lee surrendered to Grant at Appomattox.

Through his eyes, you experience this horrid time in history with a real-time view of civil war life, leadership, and a love that sustained two people. Ned and Sara married in 1864 and built a family that will spawn five generations of military fighting men.

These letters are transcribed exactly as delightfully written. They provide a spellbinding look at a soldier's life in the Union Army and at an enduring love during a war that split apart a growing nation.

Of great historical significance, a 1905 published book was discovered while transcribing these letters that was written by Stephen Walkley, another soldier and Unit Historian in the 7th Connecticut Infantry Regiment.

Twenty-six chapter introductions from this amazing history book allow the reader to follow the war and the unit's role in it as Ned's letters progress through the years.

The editors preserved the punctuation and spelling as written. Spacing is only partially preserved due to formatting.

Corporal Barden wrote the orders, received the battle and casualty reports, and saw the horrors at the soldier and commander levels.

Observe the spelling and punctuation improve as the years progress.

Laugh, cry and gasp at the stories fresh from the battlefields.

This is an experience that you will remember for life.

This is my third non-fiction work. All are written because the stories MUST be told. Navy SEAL to Army Doctor to Community Physician has given me stories to share. But this book is written by my mother and me by transcribing over 200 civil war letters from our civil war relative to his wife while assigned to General Grant's headquarters 1861-1865 while assigned to the 7th Connecticut Infantry Regiment.

This is a history that has never been told so completely. It is also a love story between Ned Barden and Sarah Maria Jones my great-great-grandparents. Laugh and cry with them.

The civil war split a young nation in pieces. Brother against brother. Ned enlisted with the 7th Connecticut Infantry Regiment Volunteers at 26 years old and left his hometown of Canaan, Conn. and his girl Sara behind. All the letters he sent her were dated and numbered and saved by Sara. They tell the story of a corporal in Union Headquarters watching and praying that the war will not kill him.

My mother spent two year carefully transcribing the letters of Edwin Janes Barden her great-grandfather on her mother's side. She completed three years and then they passed to me to complete following her sudden death at 88. Luckily I had saved her work on my computer so I was able to pick up where she left off. It was a labor of necessity until I began listening to the stories unfolding as the war progressed from season to miserable season in tents and heat and storms. And then he marries Sara in 1864 and returns to the fight. Sara starts numbering his letters with No. 1 again as their life together unfolds. 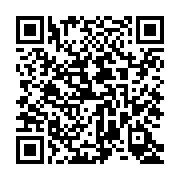